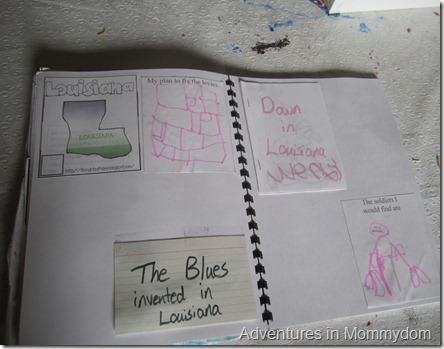 Louisiana is a fun state to study, we spent a couple of weeks on it and I feel like there is still so much we could have done.

My plan to save the levies- this is one I never blogged about for some reason, but we talked about how New Orleans is below sea level and the devastation from Hurricane Katrina.  Afterwards the kids drew their plans to fix the levies.  For whatever reason Princess decided they really needed to rebuild it with stronger bricks.

Down in Louisiana– I seriously love Johnette Downing’s books, and this was one of the first ones we read.  We also did a project with Chef Creole, but that has disappeared into the nether

Battle for New Orleans- I mentioned this battle and song when we first learned about Andrew Jackson for Tennessee.  This time we talked about it some more and then we drew who they would draft into their army.  My kids were so amused by the crocodiles in the song they all decided to draft crocodiles……

Blues invented in Louisiana-Any excuse to play big band and blues music to my kids is always welcome.  My kids are going to grow up with very interesting taste in music (as I’m typing this my playlist changed from “Into the Woods” to “Chicago.”).  They drew all in blues to illustrate what it sounded like.  It led to some fun illustrations.

Not shown in the picture because certain 5 year old girls lose things and “forget” to glue them in, I’m not naming any names…….. 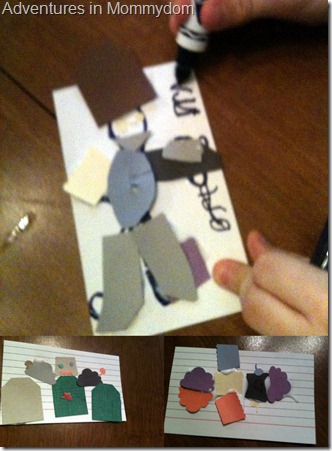 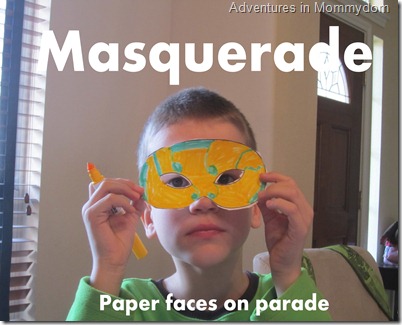 Mardi Gras masks……  This one has disappeared into their rooms, and has been repaired many many times by me.  I might break down and make one out of fabric. 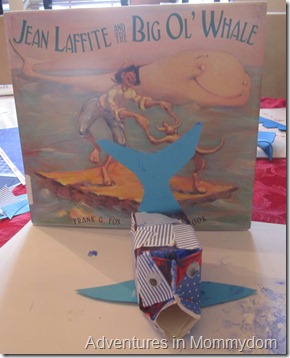 A whale for Jean Laffitte (who will reappear when we get to Texas, apparently he founded Galveston)

Okay that last one wouldn’t have fit in her book anyways, but it has been interesting finding bits and pieces around the house………