I learned something with this particular book, actually there are a couple of books about Gee’s Bend by this author/illustrator, but still I learned from them.

I learned there were many ways people were affected by the Civil Rights movements and how they worked to change how life was.

In Gee’s Bend they sewed quilts to support themselves after they lost their jobs for participating in the Civil Right movement.  That was the first book in the series, but I knew my mostly boys group wouldn’t want to hear about sewing. 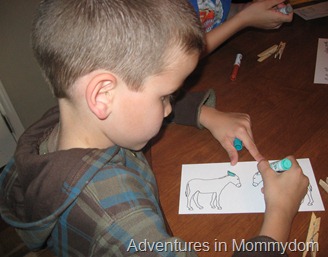 So, we went with the mules from there, they became known for standing up and being stubborn and when Martin Luther King Jr. was shot, those mules pulled his coffin for the funeral procession.

I wanted something 3-D, since I saw Glittering Muffins’ Sweden craft, this had been on my mind.

I did a Google search and found a picture of a donkey I liked, then mirror imaged it.  The kids happily colored it and then cut it out and glued them onto clothes pins to be able to stand, or that was the theory…….. 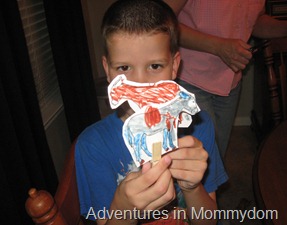 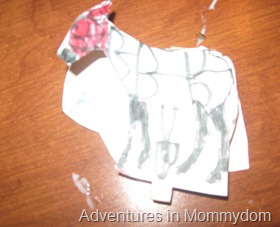 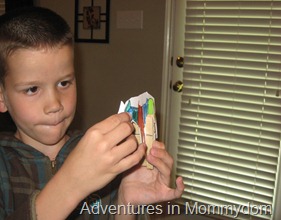 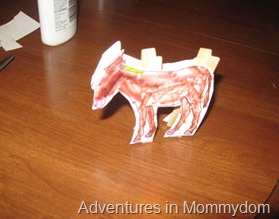 The only one that actually happened with was the one I glued for Princess, otherwise…..