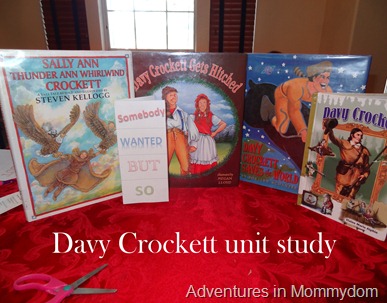 Davy Crockett’s birthday is August 17 and to prepare for it we decided to learn as much as we could about him.

We started off by reading some fun books about him.  First a biography that gave the factual information.  Davy Crockett (History Maker Bios (Lerner))

is a nice little book that did the job rather well, sadly our library didn’t have the David Adler book, but this one is just as much fun.

Did you know that Davy Crockett didn’t go by Davy during his lifetime?  That didn’t start until all those tall tales were printed in the 1850s.  I also was shocked to learn his father rented him out for a year as a hired hand at 12 years old.  I’m trying to imagine the 12 year olds I know doing that, YIKES.

Next we got to my favorite part of the study, the tall tales.  I checked out from our library 3 books:

Davy Crockett Saves the World, I’ve written about before, and we’ve checked out many times.  Davy Crockett saves the world from Halley’s Comet and impresses the girl, Sally Ann Thunder.

Sally Ann Thunder Ann Whirlwind Crockett, try saying that three times fast, or multiple times throughout while reading the book, I guarantee your tongue will be tied.  Is all about how SHE saved Davy Crockett and married him.

Davy Crockett Gets Hitched is how Davy met and married his wife by outdancing her.  This had Princess bouncing up and down on my lap as we read it. 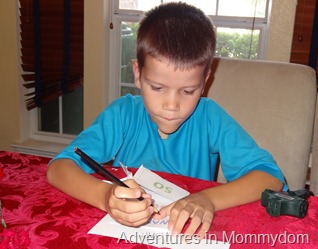 After reading the books we used a technique I learned in college called “Somebody Wanted But So” (click on link or picture below to go to printable).

Here’s the one we did for “Davy Crockett Saves the World.”

Davy Crockett wanted to marry the girl, but the comet was going to destroy the world, so he beat the comet up.

It’s a great chance to review summary skills without too much writing. 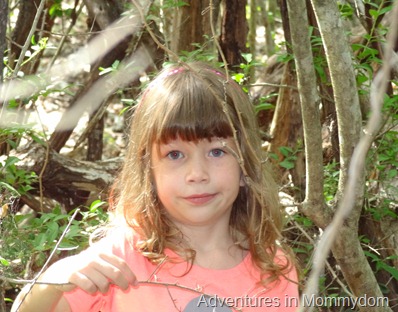 Of course you can’t study the King of the Wild Frontier without experiencing some wildlife, so we headed off to the canyon and hiked through the woods.  We all agreed that Davy must be incredibly brave to hike through all of that land without knowing where he was going and carrying all of his gear with him.  It’s hard work hiking through a forest with a trail, just imagine without one!  I also can’t imagine hiking through a forest in leather or wool clothes.  It was hot in our shorts and t-shirts. 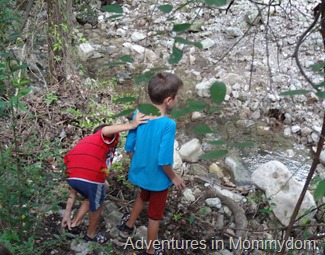 We tried to track animals like Davy Crockett did, but were unsuccessful.  Instead we found lots of evidence of human habitation.  It was amazing to see how much trash people had left on this trail, and we all agreed to come back with trash bags and pick it up.

I also want to come back with plaster of paris to try making molds again.

After we had treated all the bug bites and rehydrated ourselves, it was time to see if we could be as successful as Davy Crockett was with marksmanship. 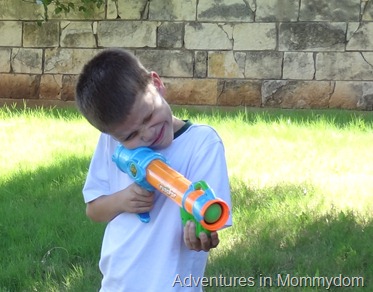 Of course we’re not going to use real guns, Nerf weapons work quite well for us.

In case you’re wondering, we are not crack shots like Davy Crockett, quite the opposite.  We spent fully half out time hunting for our shots.  It’s a little hard to get pictures when you’re on your hands and knees looking for Nerf ammo. 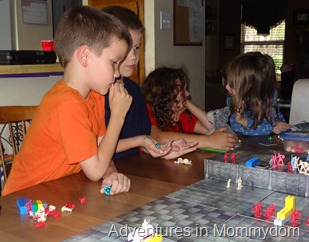 We had a re-enactment of how Davy Crockett died at the Alamo (pictures from our earlier enactment).  Three months later the kids still talk about the terrible tragedy of the Alamo, which shows me they learned that lesson very well.

, who doesn’t want to watch that? 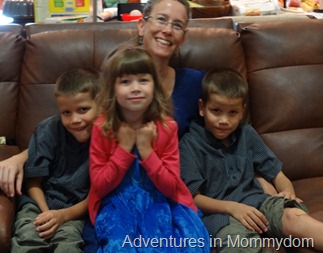 We cuddled up on the couch and stayed up past their bedtime watching the movie.  The kids were quite happy.  I’ve no spent the past few days with the song stuck in my head, and Princess has been singing the three words she knows over and over again.

I would highly recommend studying Davy Crockett, it’s a fun study and a great one for young boys. 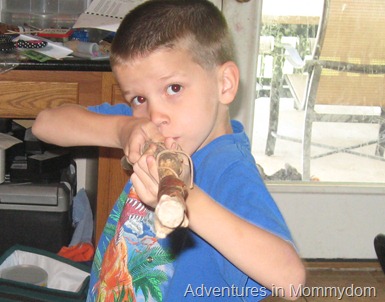 But to warn you, you might discover your child playing Davy Crockett and telling you about varmints and rascals after studying him.

It could happen to you too. 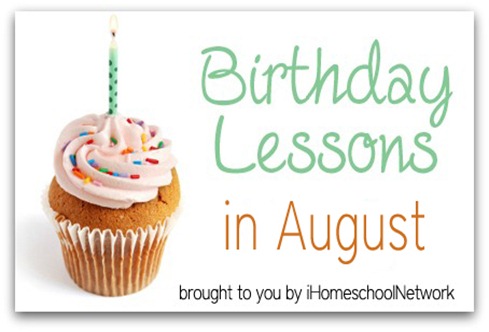