We very nearly didn’t dye eggs this year (does anyone else nearly type the wrong “dye?)

It’s been one of those years, but I bought eggs at the very last minute and so now we have some…….. 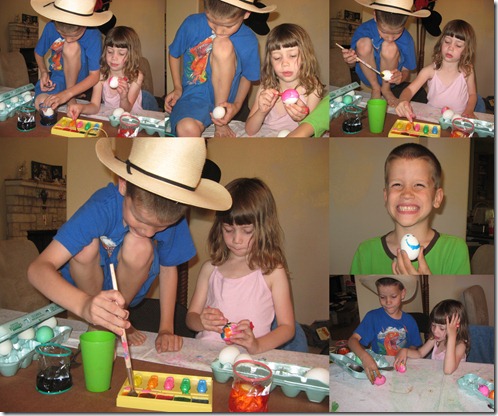 We tried a new thing, using a “paint pad,” and I think it was rather cool.  I still haven’t found a dye set I really like yet for dunking them.  This one tends to come off on our fingers when it’s cold…….

I continued my tradition.  It’s a tradition if it happens more than once, right?

Back on track, I continued my tradition of dying a handkerchief with the dye that was spilled on the table. 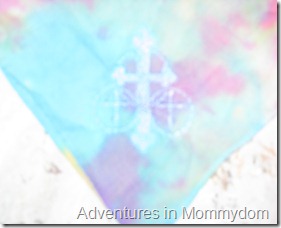 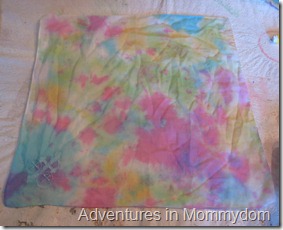 I accidentally grabbed one of my embroidered handkerchiefs, but I think it makes the cross stand out more than the plain white one. 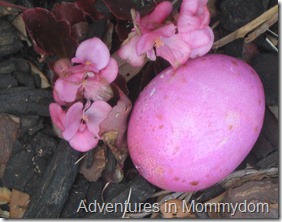 The next day Jeff and I had quite a lot of fun hiding eggs all over our yard.  The kids enjoyed stuffing the plastic eggs for us.  As per usual I got more candy than I intended to, and so we had quite a lot left over.  I actually only got what I had some really good coupons for this year.

And then we let the monsters loose (and let me tell you they object to being called monsters). 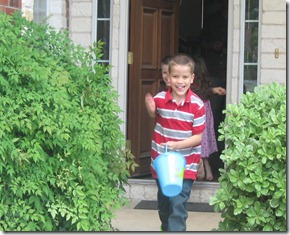 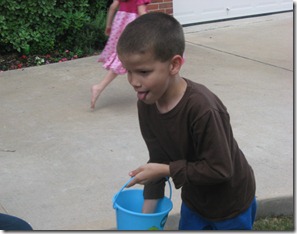 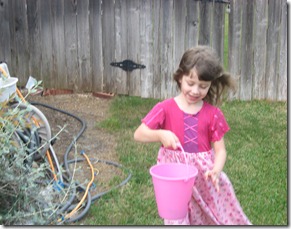 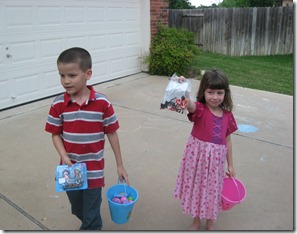 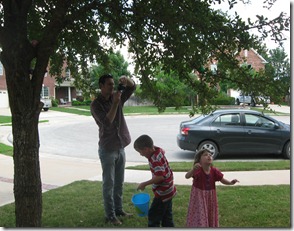 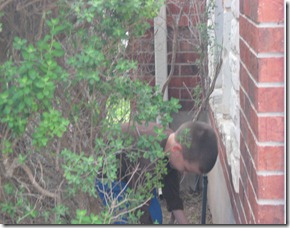 And oh the excitement!  They happily dumped and added all sorts of fun stuff to the pile, we declared it was a shared pile aside from the finding and everyone was happy with that.  They got their own bunnies and boxes of Robin’s eggs, aside from that it’s a communal pile (all the easier to steal from). 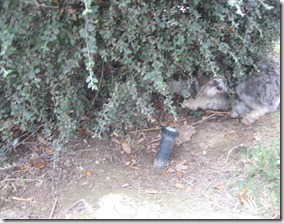 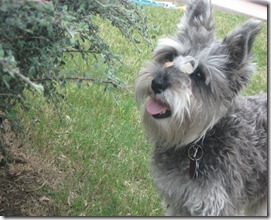 Mac even got in on the fun frantically digging and trying to get at something, what it was we never quite figured out, but he did find a few random bird feathers……. 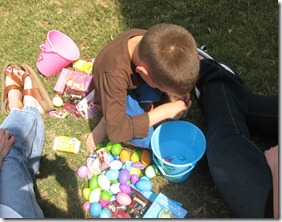 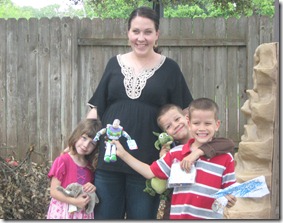 After the big search, there was the accounting of what was found.  Did we find all of the “real eggs?”  Were all of the special prizes found?  And then Aunt Jenn had to find baby cousin’s presents from the kiddos (they wouldn’t let me give them at the baby shower, they had to see her reaction).  I don’t know how soon before baby cousin will want to play with a dragon, elephant, or Buzz Lightyear, but my kids think he will LOVE THEM!