And I’m sure I’ve spelled that wrong.  So, up in Waco is a very cool children’s museum called the Mayborn, hmmm upon looking at it more I’m fairly sure there is no “E” at the end.  Fairly sure.

And for about two more weeks, it has the coolest exhibit ever.  Can you guess what it was? 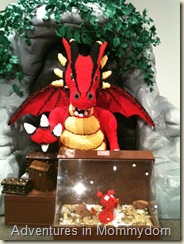 Okay, you may not think it’s the coolest exhibit ever, but I sure do. 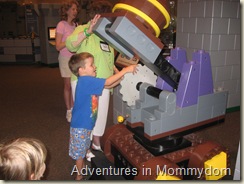 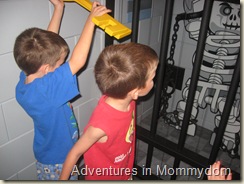 I mean who wouldn’t love an exhibit that has a haunted dungeon and a chance to build your own castle and break it with a catapult?
And did I mention the super cool Lego castles? 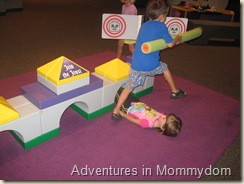 There was jousting.  Made more challenging by people who shall remain nameless, cough Princess cough, climbing under the jousting field. 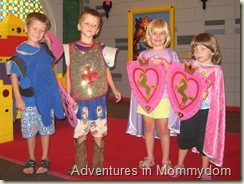 There was cool dress up clothes (and I now have about 5 things added to my sewing list because they LOVED their knight outfits).

So, extra pictures taken to get the details right, check. 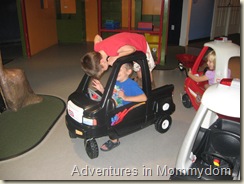 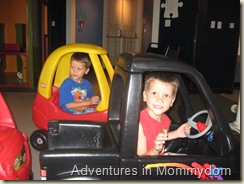 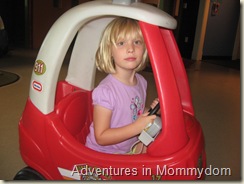 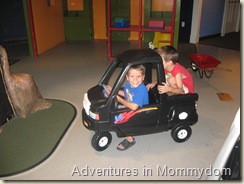 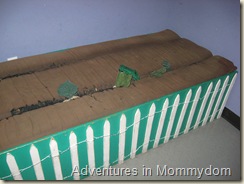 And then we had to drive the cars, and TRY not to crash into each other.  And I had to take pictures of the cool garden idea they had, and then I thought wouldn’t this make a super cute bench?  And it’d be fairly easy to make, and then I could make some cute little vegetables to go in it.  Ummm, yes it’s very dangerous when I go to kid museums because I end up with a very long list of projects to make. 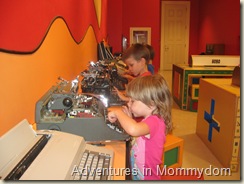 And while the kids had fun observing the typwriters and the old telephone exchange board, I found this: 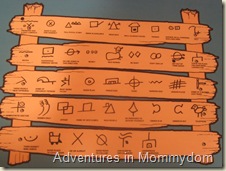 Hobo alphabet, and thought it was way too cool, and remembered how it was used in the Kit Kittredge movie.  And wouldn’t it be fun to learn. 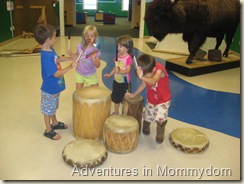 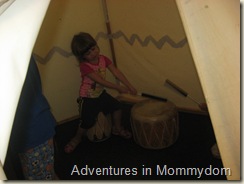 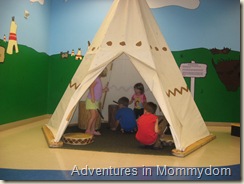 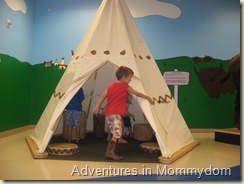 Then we got to the room about local American Indians, and the kids had to haul all of the drums into the Tipi (I learned today that’s the correct spelling).  And then very quickly they decided they needed privacy.  If the boys were older I’d have something to say about wanting privacy with a girl….. But, they’re five……….  Smile. 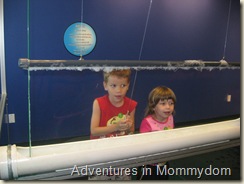 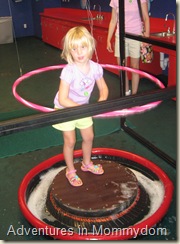 And then we found the BUBBLE ROOM!

Who doesn’t want to encase themselves in a bubble?  I know both my friend and I had to try it out ourselves. 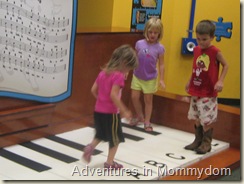 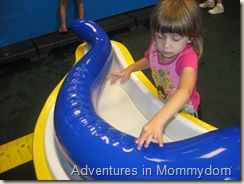 And finally we had to make some music.  It was quite different…….  The hydraphone was mournful, and the giant piano was well mainly the noise of running kids.

At the end of it all my kids slept the whole way home, my friend’s daughter talked to us the whole way back.  I’m impressed she stayed awake the whole time.