This past week we’ve been learning about Abraham and Lot.  I like this story because it gives us three different ways to respond to problems that are all Biblical.  And there’s some really easy Abraham and Lot activities that are nice and movement oriented.  That makes my kids happy both at home and in Sunday School. 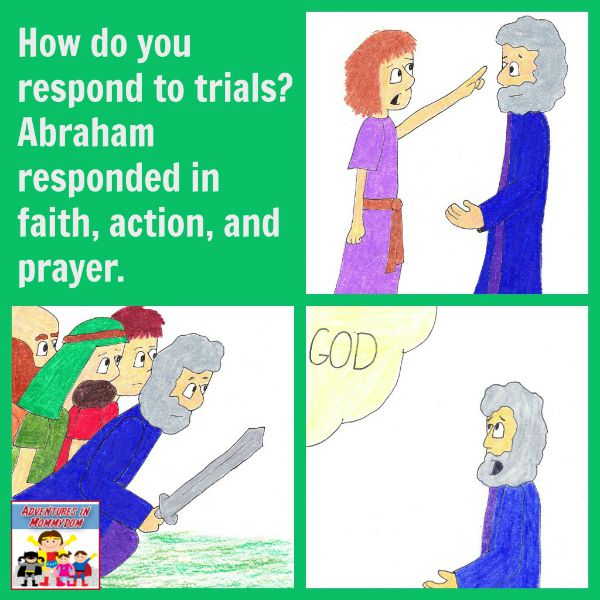 Abraham and Lot what it means through discussion and action

I usually try to break up the philosophy of what I think from what we did, but this time I rather inter-mixed the two, so I apologize for that. 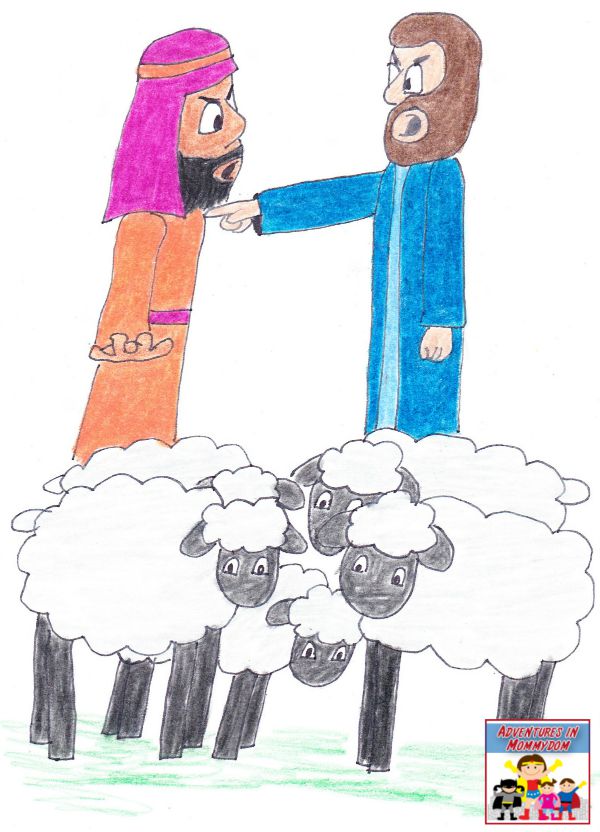 After reading the story we discussed how Abraham responded when their servants were arguing over grazing land.  Abraham trusted in God and gave Lot the first choice.  Lot chose to take the better land and move towards Sodom.  The kids didn’t think much of this part of the story, it’s just talking. 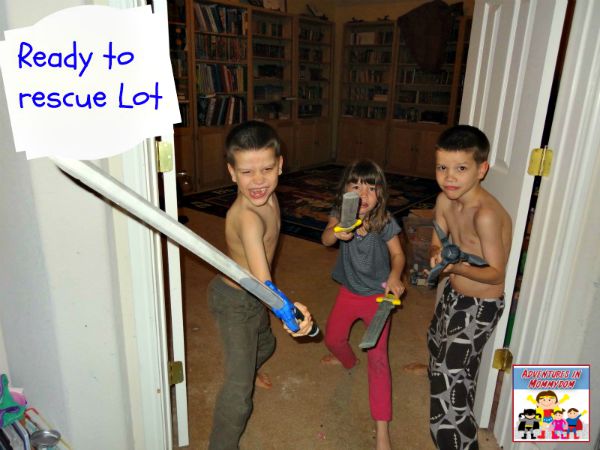 Then we rescued Lot from his captivity by the 5 kings.  I hid stuffed animals and the kids found them and rescued him.  I would have taken pictures of the activity in progress, but I was busy fighting and being the bad guy.  Watch out they’re vicious, vicious warriors.

Oh, and getting hit in the nose.  It took me a minute or two to see straight again after that………  So very painful.

After they’d all found their animals, and my nose had stopped throbbing we talked about how Abraham responded to this problem, he set out to solve it.  He gathered up his men, and they solved it.

Finally we talked about Abraham and the destruction of Sodom and Gomorrah.  When God told Abraham of his plans, Abraham talked to God and prayed.

Actually, he argued with God.  I always picture this scene with Abraham a bit of a car salesman, “Okay God, can I get you to go any lower?  How about 20 people?  Okay, what about 10?”  It’s rather telling that God couldn’t find 10 good people in the town. 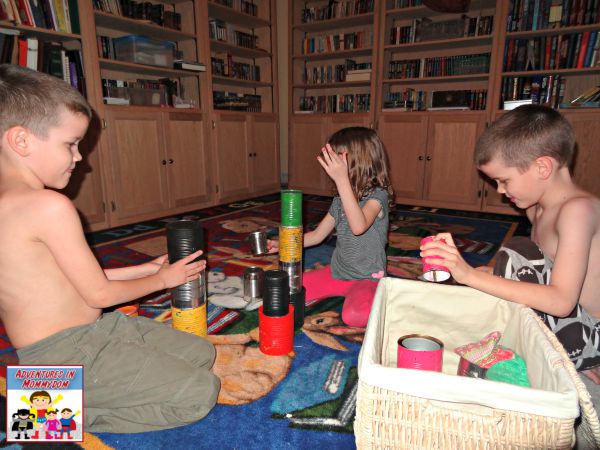 We built our Sodom and Gomorrah out of cans and spent a long time talking about why God was about to do this.

After they’d gleefully destroyed the town, I brought it back to reality.  I asked if that was a fun activity, and they all said yes.  Then I asked if God enjoyed destroying the town, to which they all agreed he probably did not.

But why not?  “Because God had to kill people and destroy them, and that made Him sad.”

And that told me the point of the lesson did get through.  It’s not a fun thing when someone dies, it’s not noble or glorious, it’s sometimes necessary because of their actions, but it’s not something to exult in.

We’ve got one more week of Abraham, and then a week on Isaac.

For more ideas on Genesis I invite you to: read Genesis posts visit my  Genesis pinterest board OR check out the curriculum page