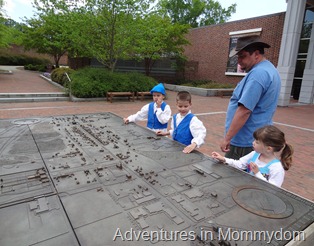 So, about 6 years ago Jeff and I came here while his parents watched the kids.  I was pregnant with Princess at the time, and at that perfect stage where you’re not feeling too sick, but you’re not too big yet.  It was a fabulous week of spending an insanely large amount of time wandering around the city.

I recognize that I won’t be able to go that overboad this time.  I can certainly try. 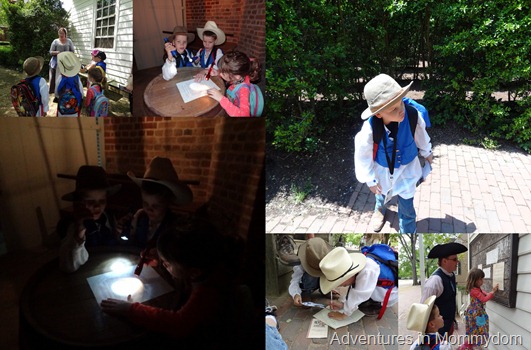 One of the super cool things they have for kids is “RevQuest: The Sign of the Rhinoceros,” where you get to be a spy helping the Revolution and averting (what I found out) was a true plot.  It’s ending this weekend, but they’re already planning a new one for the summer.  The kids loved traveling all over and breaking codes and finding secrets to ultimately help foil a plot to poison General Washington.  The traitor was caught and hanged. 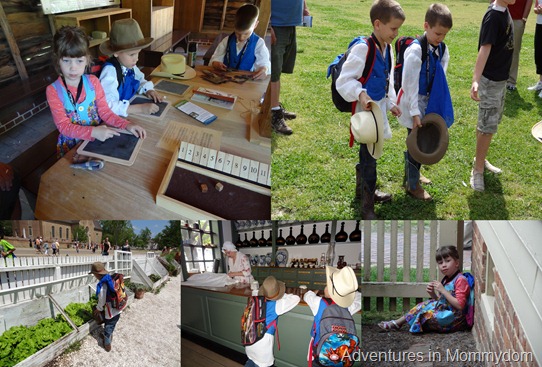 Another favorite of the day for the kids was the Adventure Map.  You had to complete five of the activities on their special kids map, thinks like play children’s games, help in the garden, learn about a trade skill.  Things you’re likely to be doing anyways.  At the end they got a pin with a picture of their choosing on it (I think different locations have different pins). 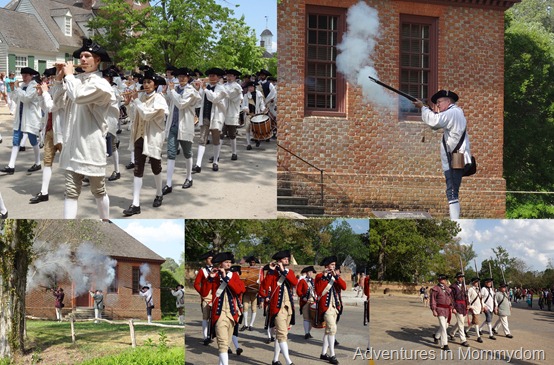 Of course the historical reenactments and the parades were fun to watch.  I can just imagine how hard it was to see with all the gun powder smokes flying in the air during battles after watching a 21 gun salute at the end of one of the dramas.  And I have to say there is something very inspiring about a fife and drum band, and I can see why so many young boys wanted to run off and join the colonial army. 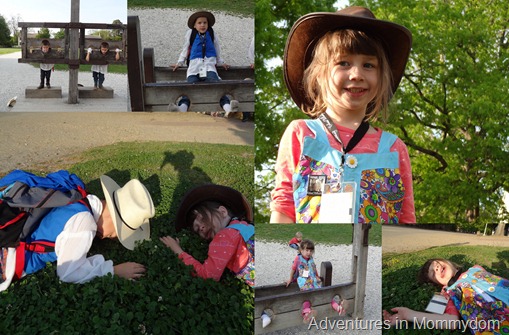 We ended the day with a short stay at the stocks and pillory which apparently was so traumatizing to Batman and Princess they FELL OVER AND DIED!  But, they got better, so all was well. 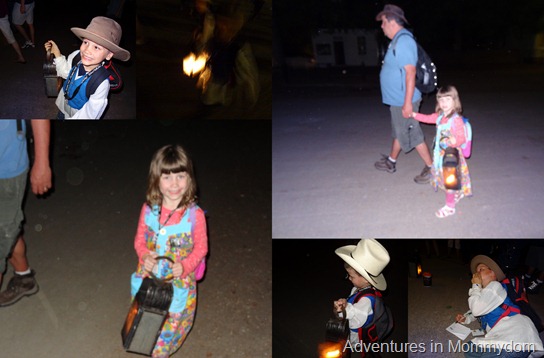 Then we headed over for a “Ghosts Walk” tour, which wasn’t what we were thinking it was.  When we came 6 years ago Jeff and I had gone on a very fun “Ghosts Among Us” tour, which was really a collection of legends and fables and such, but wasn’t really the “so and so saw this ghost suddenly appear and then disappear,” it was more of stories.  Our guide was a great story-teller and did a fabulous job of entertaining us, but it wasn’t what we were thinking of.  It was more of the traditional, so and so swears they saw a man in 18th century garb walk up and down the hall and when she tried to talk to him, he disappeared.”  Not as much fun, and the guide wasn’t even in period costume, but then neither were most of the stories.  Oh well. 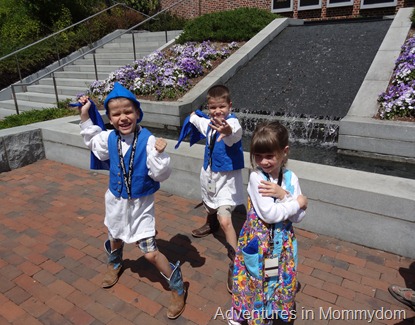 All in all, a good day.  Now if you’ll excuse me I’m going to go collapse in exhaustion.

PS: Expect to be seeing these outfits a lot more often.  These are their “costumes” for the trip.