So, not too surprisingly our fence needed repairs after the flood, and so Jeff and I spent an afternoon fixing it while the kids “helped.” 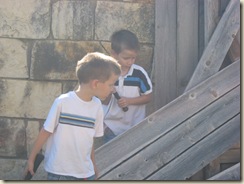 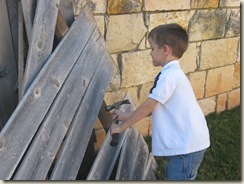 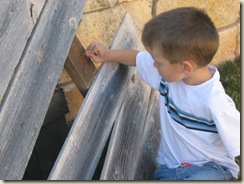 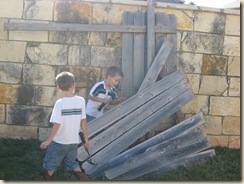 The boys happily sat there hammering nails into the old sections of fence.  For a while.  Then it progressed. 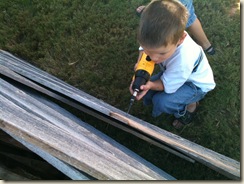 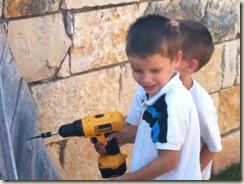 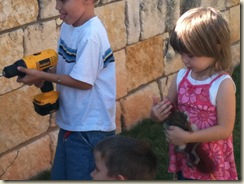 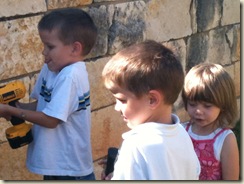 Yes, that is my five year old boys with the power drill.  And princess is happily petting one of Mac’s chew toys. 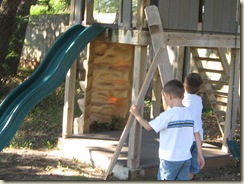 From there it went to building a fort.

With lots of careful instructions to be careful carrying the boards, so there’d be no hitting in the head with boards. 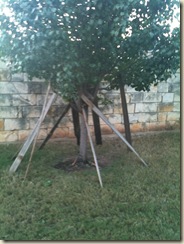 And then a tee pee around their trees (a friend gave us a tree for each child when they were born, so they quite proudly point out “my tree”).

They slowly added in more boards. 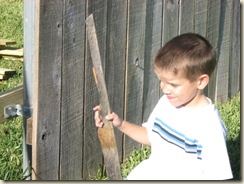 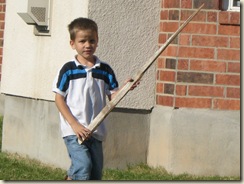 Then they became swords and guns.  And for those who are wondering it’s Batman in the t-shirt.  He’s almost always the one in cowboy boots. 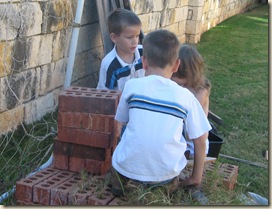 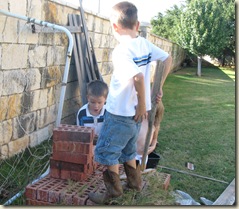 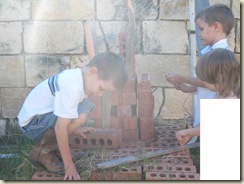 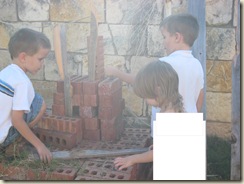 And then they started building something.  I never quite figured out what it was.

Maybe she thinks we’re nudists.  Except she keeps her underwear on.  Sigh.

** Thanks to Maryanne for pointing out I’d put Batman as both the one in the cowboy boots and the collared shirt, which doesn’t work.