Why can’t I remember that Renaissance only has 1 N at the beginning without spell check telling me this?

Warning picture overload about to happen: 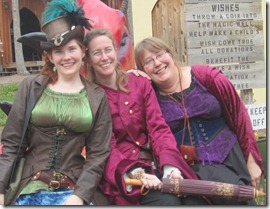 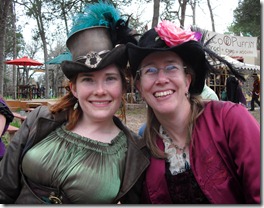 What made this especially fun was having most of my best friends with me.  The two girls in the picture with me have been my friends since high school.  On the left is Tara, who I’ve mentioned several times before, and on the right is Tami.  Back in high school we were the Three Terrible T’s.  We were incredibly obnoxious, loud, and silly.  Or maybe that was just me. 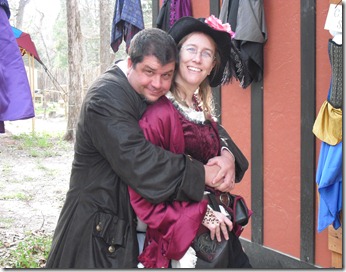 The other fun thing, since someone else had a camera, I got to be in pictures.  YEAH!

There was much fun to be had.  I got a new hat, and had some yummy tea, ate amazing fudge.  YUM.  And watched people play silly games. 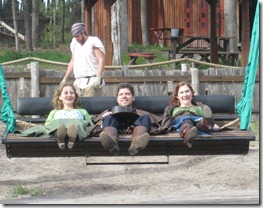 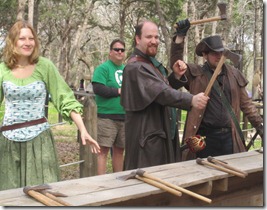 Who’s not up for a rousing round of throw the ax or swinging over a lake? 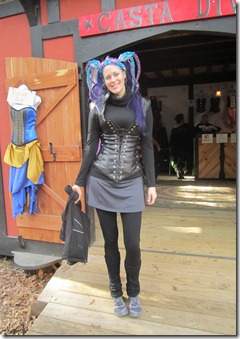 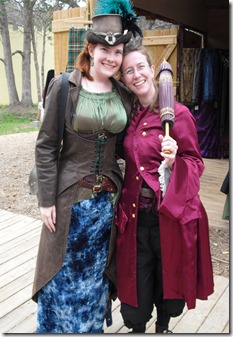 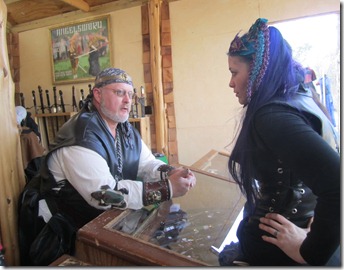 This is another of my friends from high school.  Her kids and mine get together every week for our history coop.  And then that night we all get together and play games together.  She’s been trying for weeks to convince Jeff her character in the game would be able to do something, so she was on a mission while we were there to get information and prove it was true.

That was rather hilarious!

I leave you with my two favorite pictures from the day. 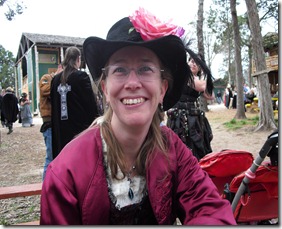 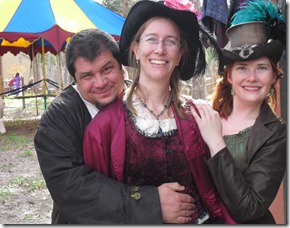