I had fabulous plans for what I was going to do for these two brave people.  Glorious plans, first we were going to read these two books:

Which we did, and then we were going to make Underground Railroad quilts.  Like the ones in the Quilt Code.  But, here’s the problem, the more I read about them being Hidden in Plain View, the more I found out it probably didn’t happen that way.

So, it’s more of an urban legend than fact.  That, and it would take a lot of work to get those shapes ready for a group of kids to do it……  A LOT of work………. 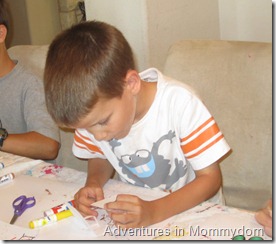 Instead, I found a list of slave states and free states right before the Civil War, and we very carefully colored in the different types of states and created a key.

It’s not very exciting, or interesting to write about, but it was interesting to realize things.  Like, I always forget Maryland was a slave state, I don’t know why.  Or how much harder it was for a slave to escape from South Carolina versus Maryland.

If we hadn’t been studying the maps we wouldn’t have noticed these things.

I highly recommend “Moses: When Harriet Tubman Led her People to Freedom.”  It’s very poetic and lyrical in writing style.  Also the illustrations are wonderful.

“Fredrick Douglass: Last Day of Slavery,” is also good, but it’s a more difficult read and is much longer.  I edited it a little bit while I was reading it to everyone, but it’s a hard book to sit through, partially for the subject matter.

I’m gonna link this over to, rather than the abortive post I tried to write earlier as my brain sat here fried from Rock the Rock this week.  I know we read a lot of books this week, but for the life of me I don’t remember a single one other than what I read them for bed tonight. 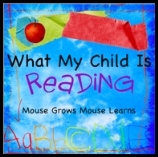