I tried to find an amusing image to show you a before shot because I didn’t get one, but just imagine a closet overflowing with stuff.  I now have two large tubs of boxes and a big bag of gift bags to giveaway.
Oh, and I finally unpacked the final box from moving in 7 years ago. 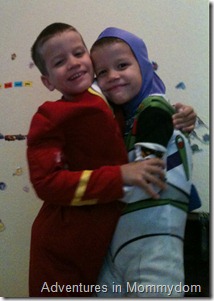 Yes, you read that right.  Then the kids and I went through our two trunks full of costumes.  I get mine in the after Halloween sales, so it’s a very odd assortment, but they get used A LOT.

This of course meant they had to try them all on.  Several times. 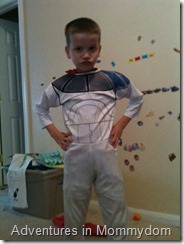 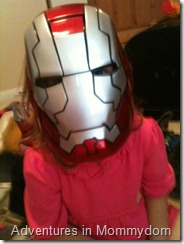 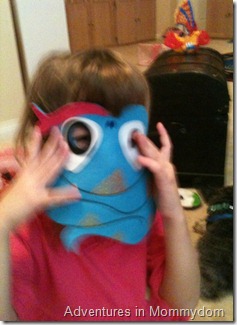 After all of the sorting I was able to convince them to get rid of 2 costumes out of that lot, and I secretly snuck out a few broken pieces I was sure they’d try and keep.

Ugh, that pictures is slightly out of focus so it’s driving my eyes nuts, but it cracks me up so much I had to include it. 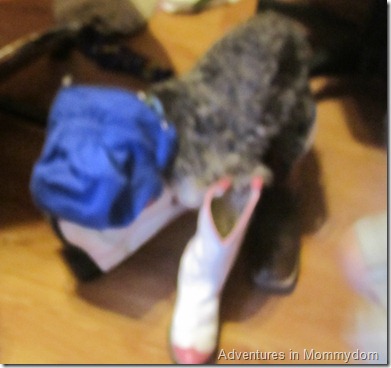 Then we had to dress up Mac.  Poor dog. 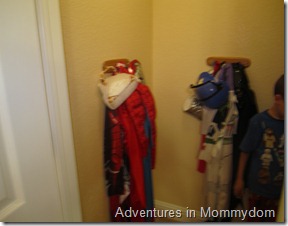 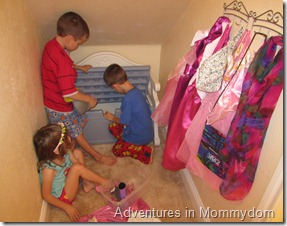 Finally the space under the stairs is transformed into a much more functional space.  And I don’t get frustrated when the kids get out the costumes anymore because the costumes are now hanging on hooks rather than having to dig out the entire trunk to find THAT ONE COSTUME…….. 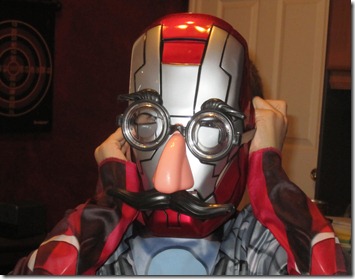