Christmas time is approaching, and you’ve already seen my educational stocking stuffers, but that’s kid’s stuff.  What about Mom?  What presents should you get for Mom?

I mean there’s the usual presents, spa gift cards, bubble bath, bath salts, chocolates….  But what about something special?

Something for that inner geeky Mom?

First learn her geekdom.  Here’s a few present ideas for the more common geek kingdoms.  And the same Mom can fall into several of these.

First, I’ll start with the most common Geek Mom among homeschoolers, and the geekdom I have belonged to the longest.

{This post is filled with so many affiliate links, lots of them, yes}

For the Literary Geek

This is the Mom who has read all the classic novels on the reading list, who has paid a small fortune in fines to the library and had serious debates about the merits of a Nook (which I now love) or Kindle.

First get them a kindle case, I personally prefer a case like this one that has a stand built in. 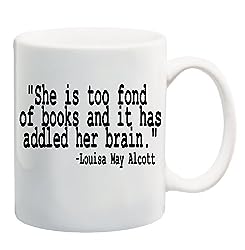 Because it’s always good to have a nice coffee mug for her caffeine addiction of choice, and this quote always makes me smile.

Or, pick up some literature inspired jewelry, I love my Peter Pan necklace from Low Country Eclectic, and always get asked where I got it when I wear it.  That and my Alice in Wonderland necklace (if you send her a message with a book, she can probably design you a necklace). 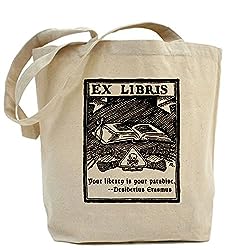 I don’t need more tote bags per se, but I kinda want this Your LIbrary is your Paradise Book Bag Tote Bag, because it goes perfectly with my other tote bag saying “If I get a little money I buy books, if I have any left over I buy food and clothes.”  That rather explains my college existence perfectly.

For the Star Trek Geek Mom

I was the Star Trek Nerd in high school.  I will freely admit I had a 4-function calculator in high school that flipped open and I liked to imagine it was an original series communicator and I was jealous of the flip phone people because they looked like communicators.

(I may or may not have 10 of these, Jeff actually limits me to 1 Star Trek ornament a year, he does not think the fact we could enact an entire space battle is anywhere near as cool as I think it is)
Star Trek: The Original Series – Season 1 [Blu-ray]

(Because there are SOOOO many cool extra features, there’s a part of me that wants to buy another set of these just for that, if you’re only going to get one season, buy Season 1)
Star Trek: The Next Generation: Season 3 [Blu-ray] (There’s like 10 extra minutes for Best of Both Worlds the season finale, and everyone agrees Season 3 is THE best season of STNG, the only problem is you don’t get part 2, it’s on Season 4)

Classic Star Trek Tricorder CASE for iPhone 5 5s case -Black CASE (I would put my phone in either of these, how cool is this?, seriously look at this)

I was not a Star Wars Geek in high school.  I was more indoctrinated into it by Sam and now have read all of the novels through the New Jedi Order at which point I just wasn’t up for it.  It lost something when they killed Chewie in the book canon.  Then Episode 1 happened, and destroyed the awesome mythos they’d built up.  Episode 1 owes much explanation to the rest of the world.

Teawok, Ewoks divided the Star Wars fandom, do you think they’re cute fun creatures, or annoying things that must be destroyed?  I kinda like them

(because decoder rings are cool)

Chewbacca Hoodie (I live in hoodies) 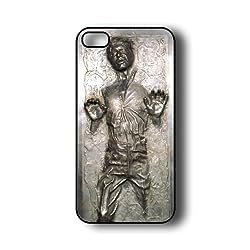 (can you tell my phone case is broken, and I have them on my mind?)

Gifts for the Comic Geek Mom

In high school and college these were my two geekdoms.  If you get into this, you’ll discover there are several distinct forms of comic geekdom.  First, there’s the DC/Marvel rivalry, then there’s the whole smaller independent publishers, and then you can get into Manga.  That’s a whole other world, I’m not even going to touch.

The cheater answer, go to Superherostuff.com and buy them everything.  The whole site.  Like I want it all.

(I am currently wearing this, minus the hood, if I wouldn’t get large numbers of stares, I would probably wear it in public, I’m only slightly exaggerating).

(I decided not to link to ALL of my favorite Batman graphic novels, but sneak a look at your Geek Mom’s graphic novel library and fill in the holes, for my personal Amazon wishlist I’ve updated all of the missing Nightwing trades I don’t have yet, HINT, HINT)
Fables: The Deluxe Edition Book One (buy this, love this, and then you’ll know why Once Upon a Time TV show is a dull copy of a vibrant and interesting story that doesn’t feel the need to retreat into soap opera romances, or maybe that’s just my frustration because ABC HAD the rights for this comic…)

In all honesty with this fandom you need to find what specific comics they like and go from there.  Once you have that small niche you have a never-ending source of awesome presents that will make your Geek Mom smile and jump up and down.  Jeff knows he will always make me happy if he shows up with the latest Nightwing or Batman comic.

For the Dr. Who Geek Moms

I’m not a part of this fandom, but several of my friends are (I can’t watch it with the kids, and Jeff doesn’t like it). 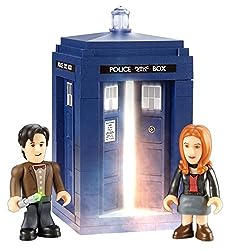 (I made Amanda very happy when I gave her kids this set, and it was happily played with for a long time).

And, what’s better than 1 Doctor and his Companion? Why 11 Doctors, that’s what.  Doctor Who The Eleven Doctors Micro-Figure Set by Underground Toy

(only reason I didn’t but this set was because it was outside my price range at the time, but I sure wanted to).

(one of the few episodes I’ve watched and it made me jump, a lot). 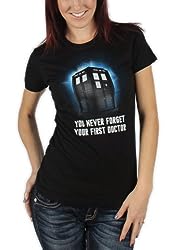 That’s been explained to me often. And I’ve heard many debates on “the best” doctor and the differences in personality and style.
And of course there’s fun hats, like this one: Doctor Who TARDIS Laplander Hat

Or you could always mix your genres…. (Sigh, I love “Texts from Superheroes, it always makes me laugh, and their t-shirts do too).

I could go on for days linking to random cool things I like, but I won’t right now.  Tomorrow there’s a whole slew of gift ideas going live by other homeschooling Moms.  If these gifts aren’t your style check out:

Gifts for a Homeschooling Mom

**Star Trek Christmas tree used with permission, it was cropped and the overlay and text was added