And they don’t really fit anywhere else, so I’m sticking them here……. 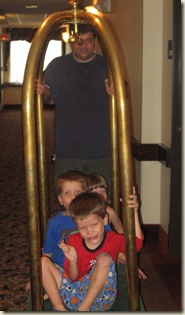 Hmmmm, editing that just made it look screwy and ridiculously thin, I might have to change that.

So, each hotel we went to and used the luggage cart the kids had a blast pretending it was the “dinosaur train” and yelling “All aboard the Dinosaur Train!”  Then taking turns pretending to be the person in front. 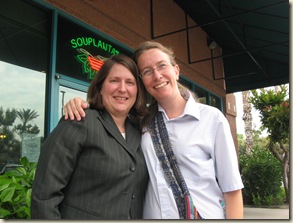 My friend we went cross-country to see. 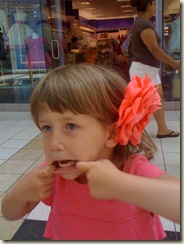 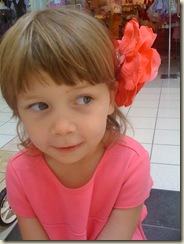 Princess modeling, briefly, the bow she insisted she would wear forever and ever and ever.  Two minutes later she gave it to me, and said, “Here Mom, this is for you.”  Gee, thanks….. 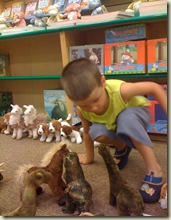 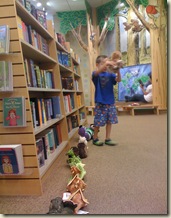 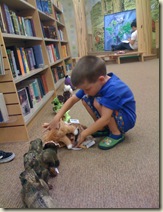 The epic battle of the stuffed animals at Barnes and Noble.  Boy were they happy.  Buzz Lightyear and Trooper Rex Bear destroyed the horrible ummmm…… beanie babies? 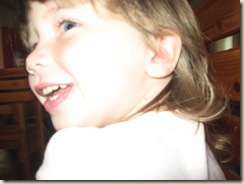 I love this picture of Princess.  I think Batman took it, or maybe Superman.  One of the kids took it before I took the camera away at Fort Stockton. 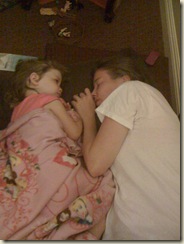 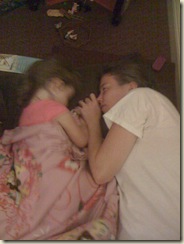 So, Princess left her dog, her precious dog that she sleeps with every night, at Danette’s house.  So, I tried consoling her.  I tried explaining her dog was keeping the baby safe, and finally I laid down and we slept together.

And she did get her puppy back the next morning with many happy tears. 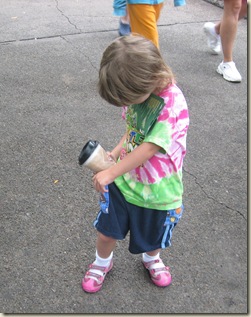 Princess trying to figure out how to carry her lemonade without carrying it.  I interceded before she soaked herself with cold lemonade on a somewhat cold day. 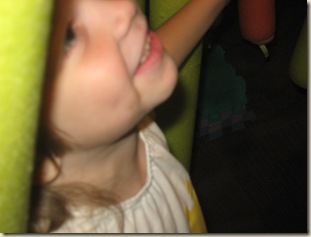 It took over 20 pictures before I finally caught a super cute picture of my kids in the noodle forest.  Really.

And two random ones from the zoo, one that cracked me up, and one that is just cool. 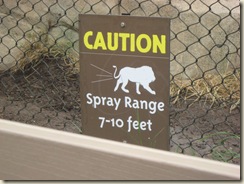 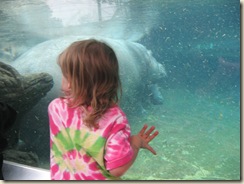 Tomorrow ends my pictures from the trip.  Just some random observations of the trip, and driving in the car.  And then next week will return to our regularly scheduled crazy kid adventures.  Hopefully.