I’ve been slowly working on my house and go back and forth on having 3 of the rooms upstairs under control (mind that was when I first worked on this draft, now the kids have trashed one of those because of Christmas), and started working on the kitchen with the small step of cleaning out one cabinet that hasn’t been cleaned out since the kids were babies.

How do I know this, well it was filled with baby bottles, filthy bibs, and various things you need when nursing a baby…….. 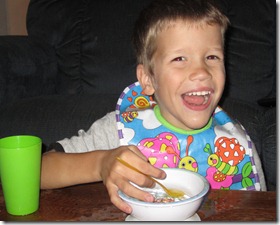 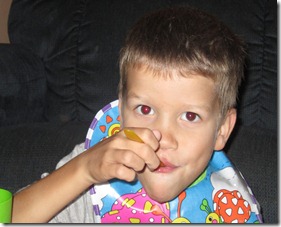 He thought it was quite hilarious to put the bib on himself and start feeding himself water soup from the baby bowl using the baby spoon.  I have had more fights over the one functional bottle that was found this week than I would have thought.  But, it’s all boxed up and off to Salvation Army.

Okay, the bibs were all thrown away once I got them off of Batman’s neck.