It’s time for my annual Renaissance Festival post.  This year was probably our best year because there were no melt downs and the kids were so excited about it!  And we got to see the joust 3 times! 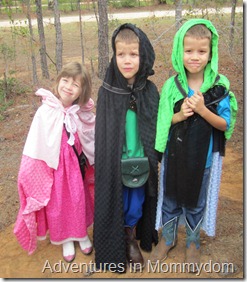 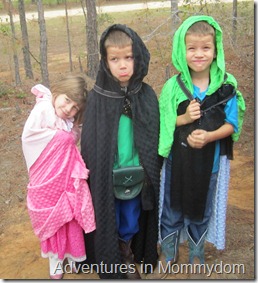 My last minute cloaks I slaved over for hours because it was going to be cold, and hten it was too warm for them.  Also this is the only time that the boys tabards even resemble being on right.  I didn’t have time to line them, and it really needed a belt to keep them in place. 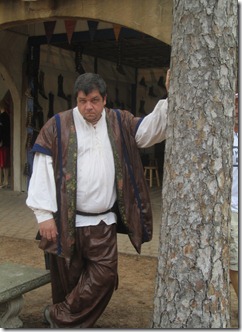 Here’s my other major sewing project for this year’s festival.  Jeff’s pants and vest.  The vest didn’t come out the way Jeff envisioned, so I’m going to be switching out the lining.  That and for some reason the trim made the fashion fabric pucker.  Okay, I have theories on that one, but not going to go into it for your sanity’s sake…… 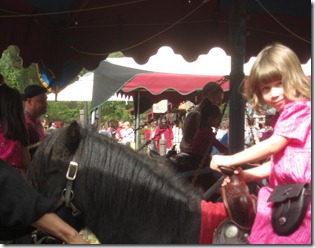 Princess was happy as a clam because she got to spend a lot of one on one time with me or with Tara and I.  Lots of girl time!  And she got to pick out an early birthday present, she picked a crown.

And a necklace.  The girl was quite the bargain shopper. 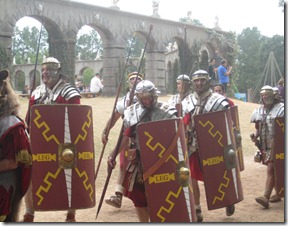 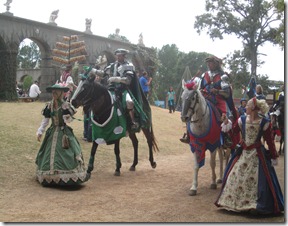 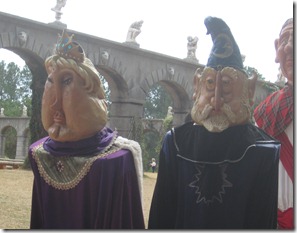 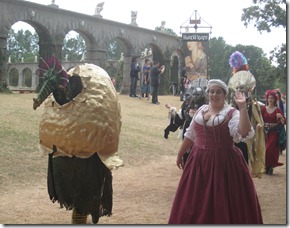 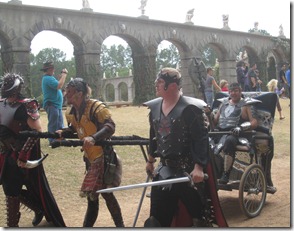 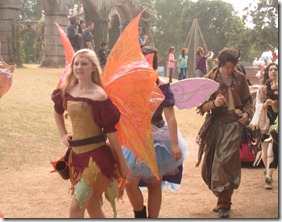 We actually saw the Grand Parade, which meant I got to take lots and lots of pictures of costumes, and then I sit there and think about what I could change on my costume. 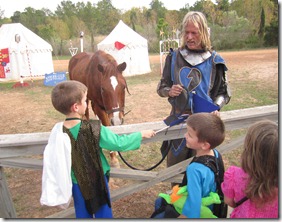 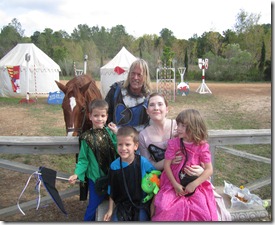 Highlight for the boys day: Getting to meet the German knight and have him sign their pennants. 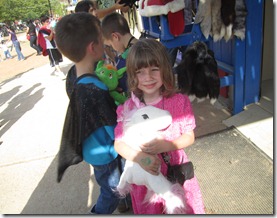 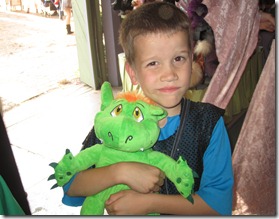 Princess and Superman both stuffed dolls there, Princess a pink unicorn, named Unicorny, and Superman a troll, named Trolly.  It goes with his blue dragon, Dragony.

Of course there are the required messy eating shots: 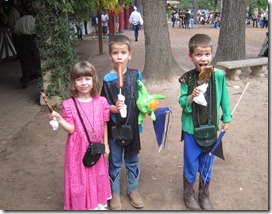 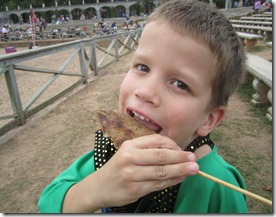 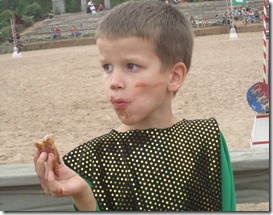 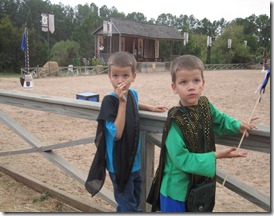 Also known as “meat as big as your face” pictures. 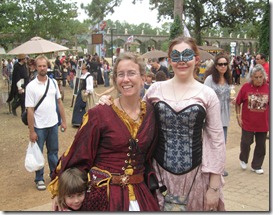 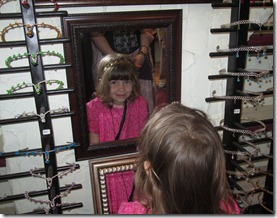 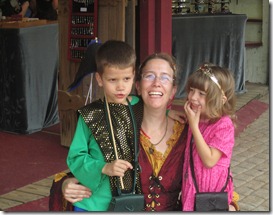 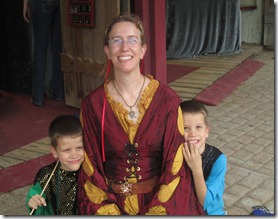 I’m actually even in a few pictures.  Okay, I included that one of Princess because I really like it.

That was our festival for the year.