As promised cute kids at a zoo.  And a cute baby. 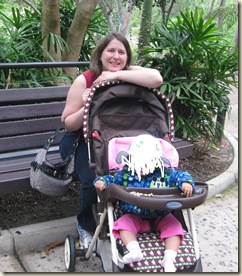 My friend we went to visit is in the process of adopting her little girl.  She’s not allowed to put any pictures out on the web, but said it’s okay if her face is blocked out somehow.  So, I went through and put circles or what have you on her face. 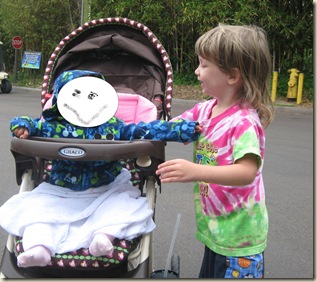 Princess was convinced she needed to help baby Tigger and had so much fun coming over and reassuring the baby no one could get her. 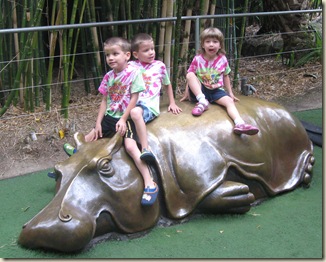 Meanwhile, my kids continued their love affair with all things animal statue. 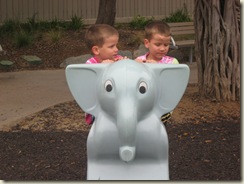 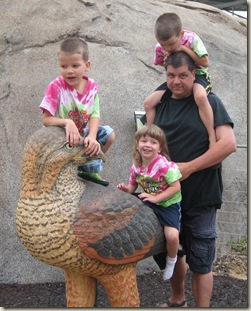 That bird statue is supposedly of a 6 foot tall bird that is not extinct.  It may have been taller, I’m not remembering it super clearly what they were saying, because it was rather hard to believe.  Of course, people also didn’t really believe in the platypus until a live sample was brought back. 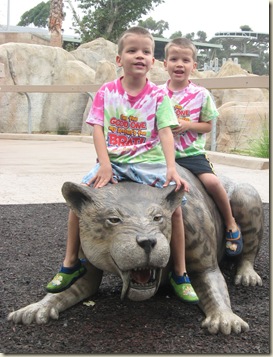 At least this zoo understood kids are dying to climb on these statues, and didn’t try to discourage it.  We’ve been to some where they get all bent out of shape.  All I think when my kids get yelled at is: 1.  Don’t put it where kids can get to it easily, my kids leave statues alone that are roped off, and 2.  It’s highly unlikely that kids climbing on the statue will hurt it.  At least here they understood kids will climb on it, and set it up that way (notice the nice soft rubber for the kids to land on when they fall off).
Smart zoo people. 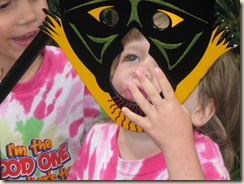 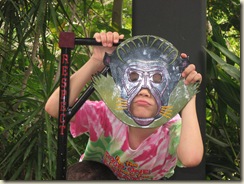 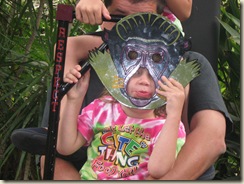 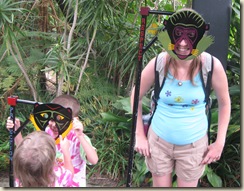 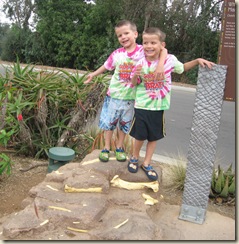 e that, but not a flood one?
I had a couple of hams all day long.  They enjoyed showing off for the camera.  Here they’re showing off on a pile of fossils.

Picture below is what the fossils are supposed to be of, the La Brea Tar Pits. 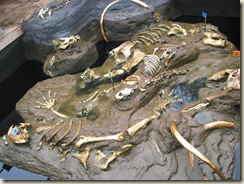 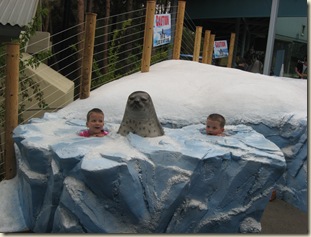 You have no clue how many tries it took to get both of them poking their head up at the same time. 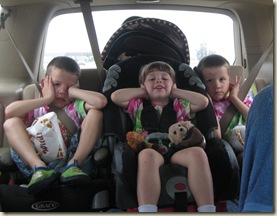 And headed home, poor Tigger was so tired out and ready to be home she cried the whole way back, almost an hour and a half and nothing would console her.  My kids had a solution for that.