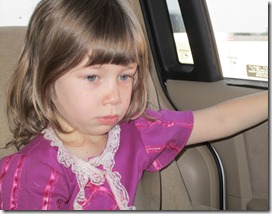 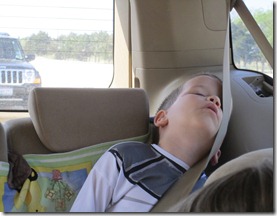 But, this is from our trip a few weeks moths ago  (I give up on getting the pictures from Aunt Tara, total slacker trying to get ready for grad school and working full time, it’s like she can’t drop everything for me and do what I want).  On the way up, the boys slept, and Princess pouted.  I’m not sure why she was pouting, but she was. 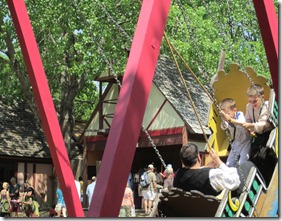 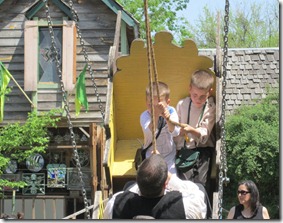 The boys continue to love going on the pirate ship swing, and Princess continues to not want to do it.  But, this year the boys wanted to go with Daddy, not Mommy.  So, I stayed on the ground with Princess. 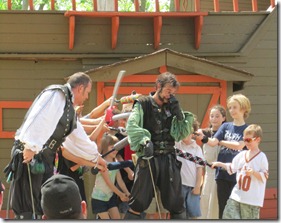 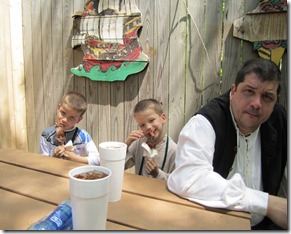 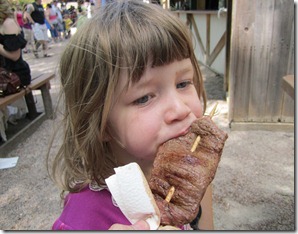 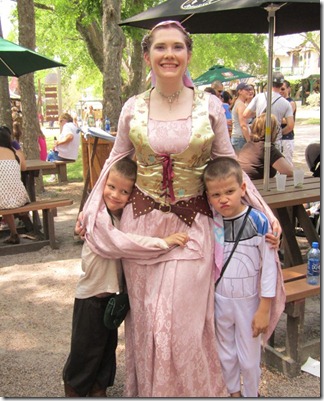 The kids continued their obsession with all things meat, there’s just something about a picture of my little girl eating a piece of meat bigger than her face that amuses me.

I love this picture of the boys with Aunt Tara.  She looks so pretty and the boys, well Superman looks so surly.  Batman looks quite content to hug her.  He’s my hugger.

As you can see, the kids were so in period….  Superman was Captain Trooper Rex, Batman was a knight.  Princess was Rapunzel. 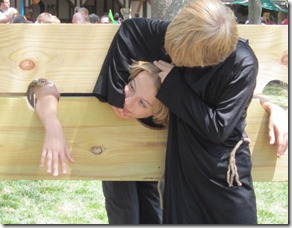 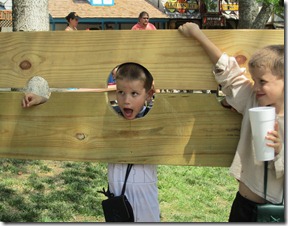 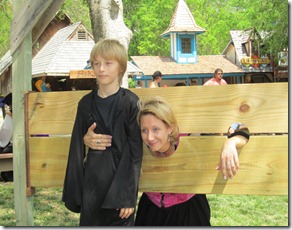 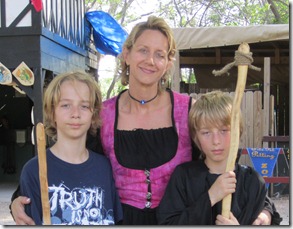 But, the biggest hit of the day (aside from buying wooden swords) was the petting zoo.  I think we spent an hour in there, easily…..  And we would have spent longer if the other adults weren’t ready to leave after about 15 minutes.  I think they might have at one point. 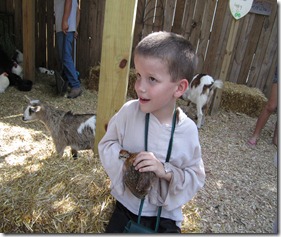 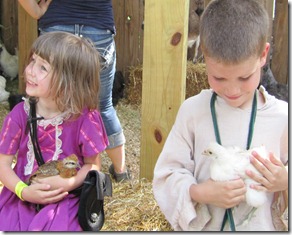 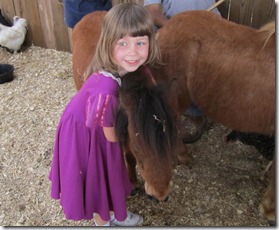 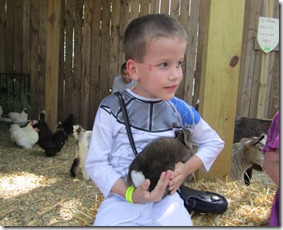 I’d show the pleased grins of the 5th graders but as soon as the camera appeared they got sullen looks.  I don’t look forward to the teen years.

I leave you with two fun group shots 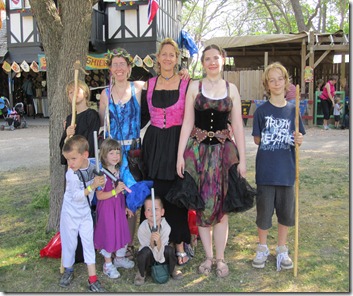 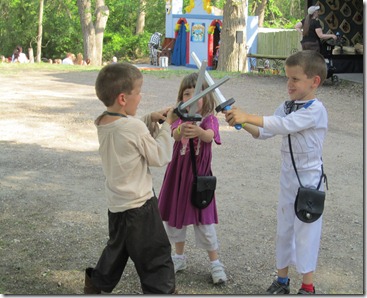