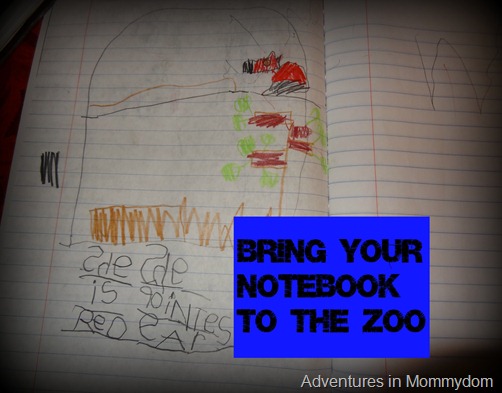 We finished up our study of the canine family with a field trip to our local nature center.  I will take any excuse to go there, and this was a perfect one: observe and write down about the animals from the canine family.  This is now my new standard for going there: bring your notebook to the zoo. 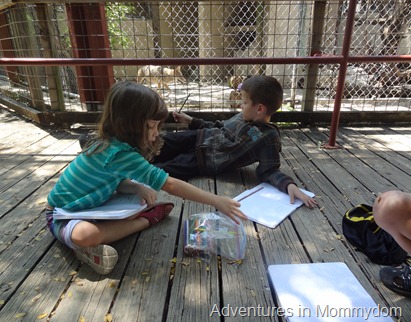 We first sat outside the coyote enclosure.  This coyote was raised as a pet, so cannot be released back into the wild, it’s too acclimated. 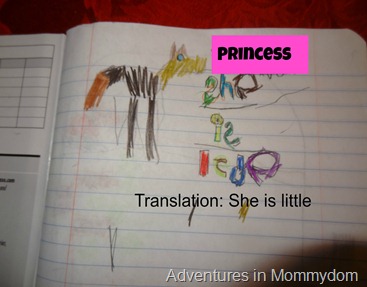 For the two animals we observed they had to write one sentence, and draw a picture that used at least 3 colors. 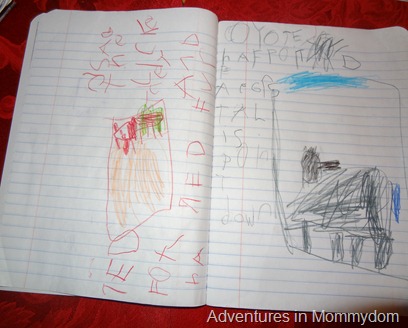 Superman’s says: Coyote has pointy ears.  Tail is pointing down. 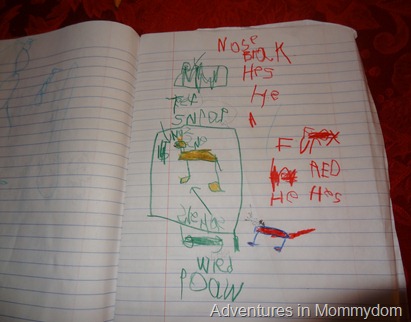 Batman wrote both on the same page, so the coyote one says: He has a black nose.

Side note: They need to work on understanding how to write on the page.  They do better at home, but for some reason every lesson I’d taught them flew out the window when we were there. 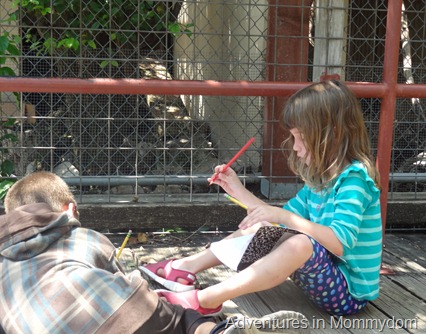 From the coyote we headed over to the Fox enclosure and spent some time observing her.  Again she was a pet that can’t be released back to the wild because of acclimation issues.  She wasn’t exciting to observe because she was asleep in the back of the cage. 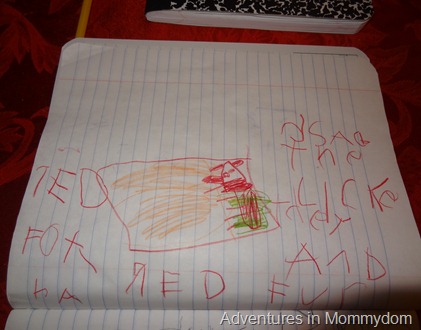 Superman’s says: Red fox has red fur and they like the shade.

Side note: Notice there are still lots of letter reversals, and capital letters.  Not what I was working on for this lesson, so no corrections. 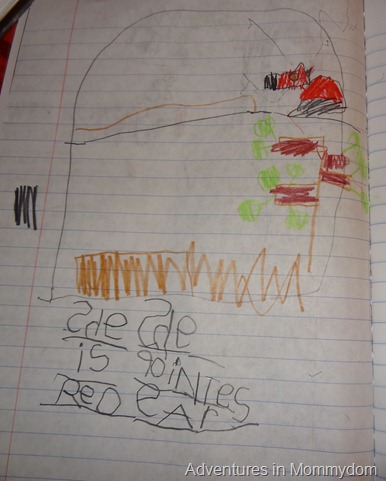 Princess: She has pointy red ears.

Batman’s said: He has red fur.

I was going to have them work on writing more, but I could see I was starting to lose them, so I released them to play in the water, which they happily did until I dragged them home again.

This particular week, I’m going to play hooky and send you to my land animals pinterest board, because I’m going to sneak away and go cuddle with my hubby……… 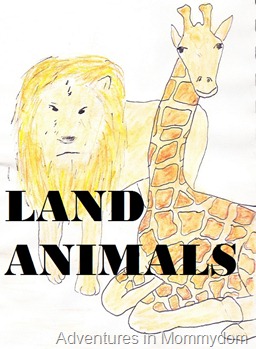