We got together with our friends who are using the same science as us this week, coincidentally on National Bird Day.  I’d like to say we did it because of National Bird Day, but that’d be lying because we discovered that after the fact.

The Challenge: design a “bird”

Supplies to design a bird

cereal boxes, straws, blue tape (it’s the tape I have right now, there’s a little girl who’s using up all the tape she can find making “presents”)

We set the kids to design the best bird they could.  First we gave them some hints of you need two separate wings (front and back), and the back wings need to be smaller than the front.  Then we set them loose. 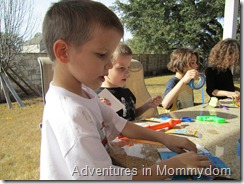 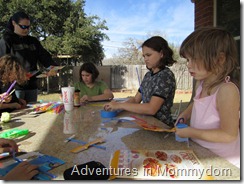 They eagerly snipped and tore, and generally did a lot of designing, and in some cases undesigning, and then back up designs.  I think they spent a good 20 minutes designing their birds. 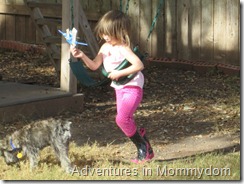 Eventually the youngest kid in both families got tired of waiting.  So M started making a robot, and Princess headed off to swing.  Bother, in my fiddling I’ve lost the picture of M.

I’ve noticed I use the phrase “and then,” in my writing too much.  Actually, Jeff pointed it out to me when he was editing one of my Bible stories for me.  So, now I’m self-conscious about it, but it makes for a good transitional phrase.  I need to expand my vocabulary, or be less lazy, you’re call…….

End random stream of consciousness that I thought of. 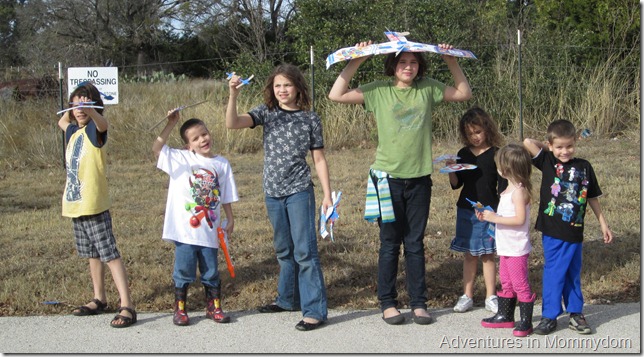 Before flying we had to pose with our “birds.”  Or, I should say we made them pose. 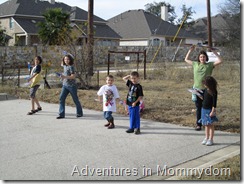 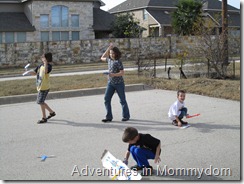 And then they threw their birds.  There was a lot of cheating as they added in second or third throws to get their birds to fly farther. 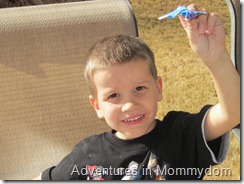 Afterwards we discussed what made the different birds fly better.  Poor Superman’s bird didn’t fly too well, but it made a great trooper ship afterwards.

We looked at the bird that flew the best and noticed the wings were narrow, and that it had a couple of straws on it to support itself better, rather than the single straw others had.  One of the other ones that flew well had a rounded corners, which might have helped it fly better.

All in all it was a successful experiment, and my kids are already asking when we’ll get together with them again to do the next one.  So demanding.

I’m planning on writing a post for later this week with some bird resources I’ve found.  I have to admit the one I’m most excited about was getting that 50% off deal from Currclick on the lapbooking pages for our textbook.

So, how about ya’ll?  Any fun science going on this week, or did you find anything out?