So, obviously I never got that post fixed last week.  First I was wrongly reported as having malware, so I had to work on that.  Then I had two very hyper little girls who wanted lots of attention.  LOTS of it. 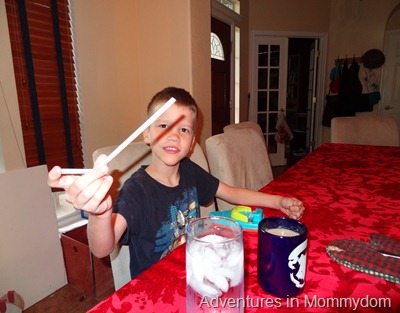 THE QUESTION: Why does the water stay in the straw when you put your finger on it?

THEORIES: There’s something stopping it from getting out.  We don’t know what. 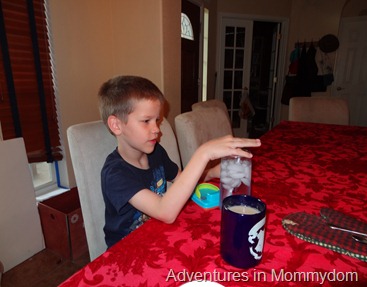 First I had them figure out what I was doing differently than them that kept the water in the straw.  They tried several different ways of holding the straw to duplicate my keeping the water in, but didn’t figure it out until I showed them what I did very slowly.  Then I heard:

“OH!  It’s just like the Thumb pot at Williamsburg!”

Talk about making a Mom proud.  They’d drawn the connection between this and the gardening tool they’d seen one time.  It also work based on air pressure holding in the water until you take your thumb off the top.

This one is from Farm to Market.

But, they still hadn’t completely figured out what was keeping the water in while my thumb was on the straw, so on to the next part. 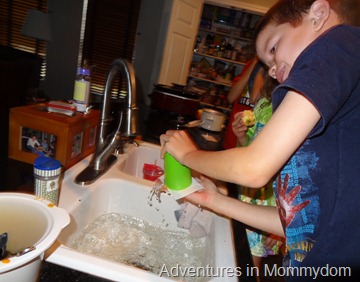 Next we did the water and air pressure holding the index card on even though the cup is upside down.  A similar principle holds the paper up as holds the water in.  I asked leading questions:

What’s under the cup.

If there is no liquid in the cup, what is still in the cup?

So, that was my quick science experiment we had because I was trying to cool down my son’s tea.

No Doubt Learning shared about their solar week.  I’m wondering what the results of her evaporation experiment would be here in Texas during the summer. 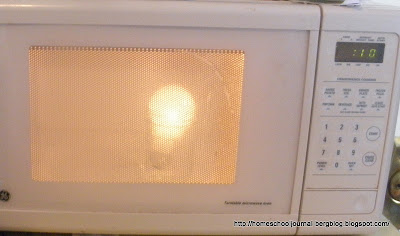 I don’t think I’m brave enough to try the light bulb experiment All Things Beautiful did in her microwave.  I have a bad track record with fires…….. 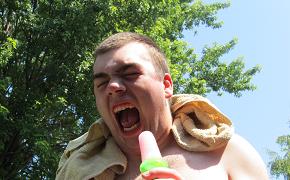 The Usual Mayhem shared the science behind a brain freeze and some suggested cures they tried.  I figured at least one of us is going to get one this summer, I also found out I’m 90% more likely to get one because I get migraines, well BOO.