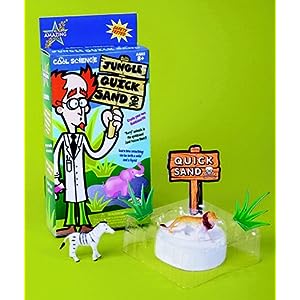 And then I was looking for something to occupy my kids for awhile, and decided to try this. 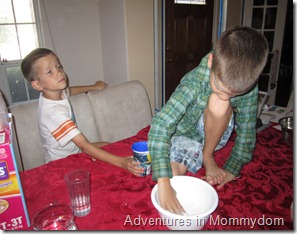 It comes with what you see pictured above, a small flimsy plastic thing, some white powder (that when you read the instructions you discover is actually cornstarch), cardboard cut outs of grass and the sign, and two animals.

No, really that’s all that’s in there for $10.  If I’d known then what I know now I wouldn’t have bought this kit.  But, I was young and naïve and wasn’t aware that the world of blogging would teach me how to do the same thing. 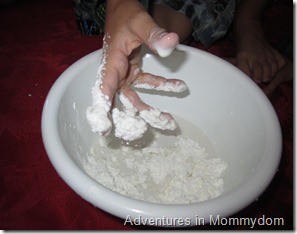 They recommended pouring in a small amount of water and then mixing it with your hand.  I accidentally poured in too much, so I just went to my pantry and dumped my entire box of cornstarch into the bowl.

That was much more satisfying.
I spent a while with the kids talking about the properties and such, and they had fun letting the animals sink and get thoroughly messy.  After a while they wanted to do more, so I sent them outside. 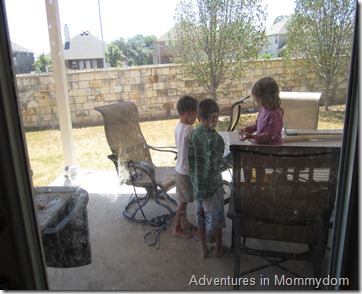 And thanks to it, I got a good 30-45 minutes of time to myself to work on cleaning the kitchen.  Pretty impressive considering it was about 100 degrees outside as they’re playing.

So, do you have any kits you’ve bought that were a total waste of money?  So far, I’m two for two.