We started studying sea turtles this week, and we got to the part about how hard and awkward it is for them to maneuver on land.  So, we tried to move like them.  The kids had to put their hands on their shoulders and could only move using their arms. 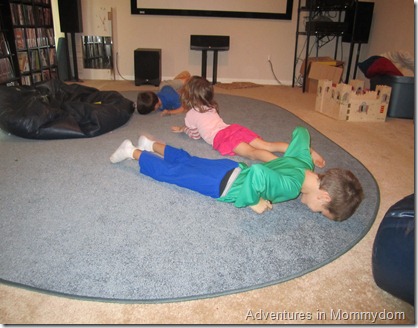 Needless to say, they did not move very much or very far.

I can’t find the first one I had found which does such a great job of showing how hard it is for sea turtles to move, but this one was rather fascinating. 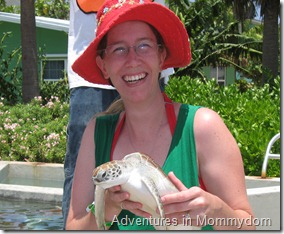 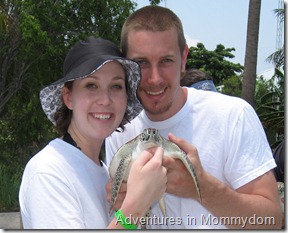 Then I told them how I got to go see a sea turtle farm with baby sea turtles, which led us to videos of baby sea turtles.  We watched several, but I’ll only share with you their favorite, what I’ve dubbed the “Bite my finger, are you sure it’s not Uncle Sean” video.

Sigh, it looks like that video is gone.  Such sadness.

Where would our lessons be without the wonders of youtube?