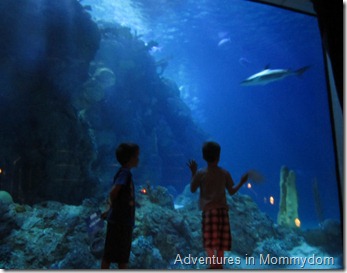 When we were down in Galveston we went by Moody Gardens, which I LOVE with a passion.  I think I could happily sit there and watch the fish swim by for hours.

I mean look at that picture, isn’t it peaceful?  Makes me wish there was one in Austin, and not somewhere four hours away…….. 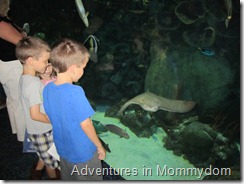 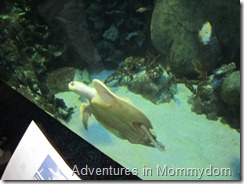 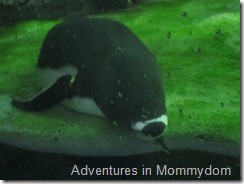 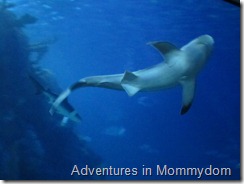 We all got to see our favorites.  Batman got to see manta rays.  I got my turtles.  Princes got to see penguins, and Superman got his sharks (do you know how hard it was to get a decent picture of a shark?). 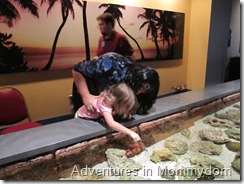 There is so much to learn there.  Especially since we’re starting on our study of swimming creatures.  We’d already read large portions of the chapter about rays and sharks.  So, it was fun to apply some of what we knew, and then afterwards as we’re finishing up our chapter on sharks it’s been a great help to be able to go back and look at the pictures to help us remember things. 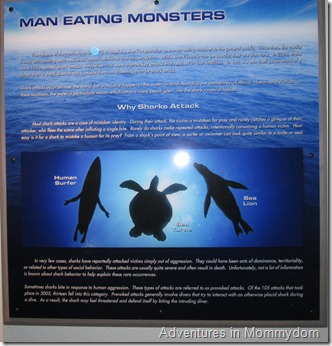 This was one of the most helpful pictures.  See most sharks don’t attack people because they want to eat people.  Mostly it’s because we look like their prey.  Look at the images there.  After observing it for awhile the kids decided that we looked like a sea lion, and that’s why sharks attack.

Oh, and because I’m crazy like that I decided to make some fun seek and finds, which I’m going to share with ya’ll.  Hopefully you guys enjoy it (click on picture to go to the download), I know my kids like hidden picture puzzles and the like, so we’ll see if it’s as big a hit as I’m hoping……..

And as a bit of amusement notice how much the kids have grown since we were there almost two years ago. 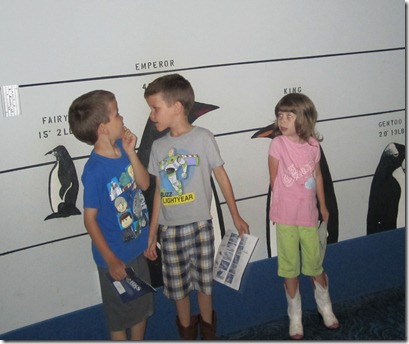