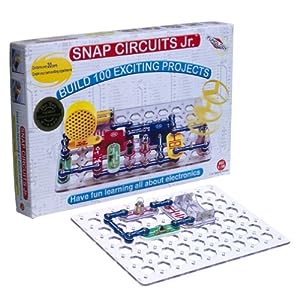 Way back when we were studying Thomas Edison I got Snap Circuits Jr. to do with the whole group, but one of the other moms convinced me not to because of the large numbers of kids involved at the time.  So, I’ve been saving it for the perfect “Mom, I’m bored….” activity.  Aside from my standard response of “Go clean _________”, that answer they don’t like so much.

Well, earlier this week Jeff took Batman to work with him, leaving me with Superman and Princess.  I was at a bit of a loss what to do with 2 of the 3 kids, I knew if I did any art projects Batman would be sad he missed it, and I didn’t want to do any lesson from our curriculum because then Batman would be missing out on the work……  You get the idea. 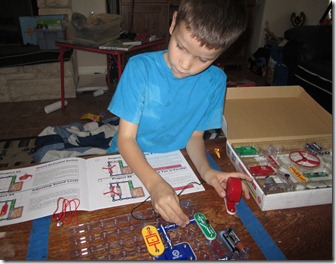 I got the kit out and we got to work trying out different experiments with it.  I have to say I highly recommend this as a way to introduce early engineering and electricity, you can’t really hurt yourself or seriously cause any problems because of the design.

The projects are straight forward (or at least the first few), Superman and Princess were able to do them with some help, and after completing the first project once were able to repeat it without much help from me.

I foresee this being something we fiddle around with from time to time as we delve into it more.  This will also be great for answering their many questions about electricity and such stuff……. 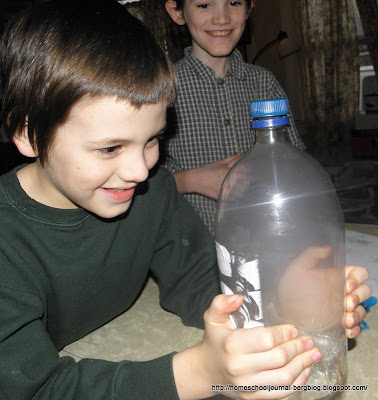 Cloud in a bottle from All Things Beautiful. 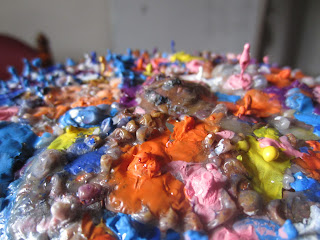 Solids and Liquids using melted crayons from Learning in Mayapur. 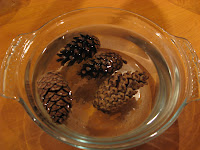 How about you guys?  This is probably the most open-ended science kit I’ve ever seen.  It has about 100 projects you can do in this one kit, and there is a lot of opportunity for hands on learning.  Have you found any kits like this one?  There’s several others in the series that I can see eventually buying, in particular the one for making cars.