Little did I know, but Tennessee has almost as many tall tales and what not as Texas does.  I’ve been having a blast previewing the books we’re going to use, and I’m thinking of having my kids take a stab at writing their own tall tale.

Maybe, I’m sure there would be an uproar if I did.

Swamp Angel is the story of a girl who grew up in Tennessee and saved it from the biggest bear ever to plague the state.

At one point while she and that bear wrestled she threw him up into the sky and he hit the stars (thus creating Ursa Major).  Well, we had to make our own versions.  I had grand dreams of much more complicated versions, but I knew for the sake of the kids I needed to “Keep It Simple Stupid.”  So, I did.
Swamp Angel Tennessee 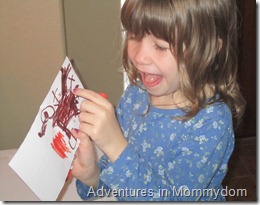 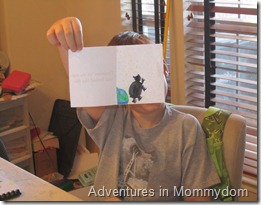 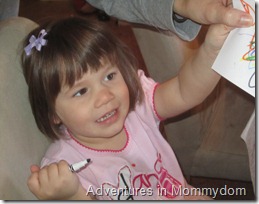 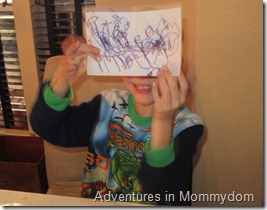 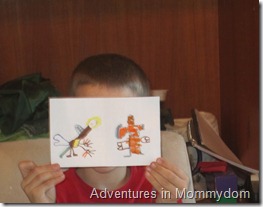 As always they took it and ran.  Little friend happily scribbled away.  Big friend, drew a picture of a bear with a very small earth below.  My boys drew the entire fight with both sides growing appendages all over.  Princess happily drew a smushed bear up in the sky.