One thing that amused me when we were studying the states on the East Coast were the number of books I was able to find set during this war, and they all had amusing stories that the “family swore was true.”

It’s an interesting war, not many people remember it, because it didn’t change a whole lot.  It didn’t end because we were such amazing tacticians.  It ended more because some of the causes ended. 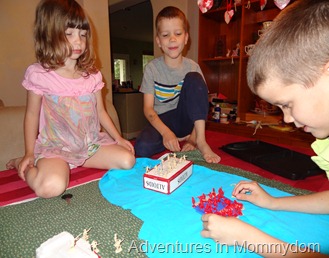 1.  Impressement of American soldiers onto British ships.  This also was happening with French, but the British were also causing other problems.

Many of these were the result of the Napoleonic Wars in Europe. 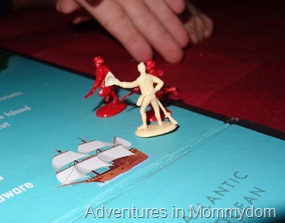 We fought many battles, both at land and on sea.  At sea the American ships often did better against bigger and better armed forces because the ships were more maneuverable. 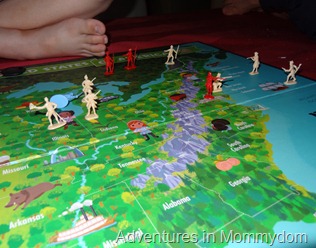 We did end up winning many impressive battles, but it was mostly because Britain was engaged fighting off Napoleon in France.  Come 1815, after Napoleon had been defeated we knew we had to end the war.

A peace treaty was signed and agreed to, basically leaving things as they were before the war started. 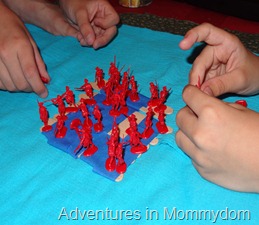 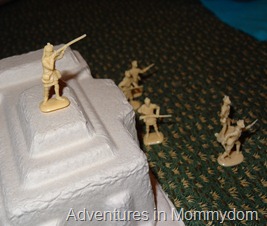 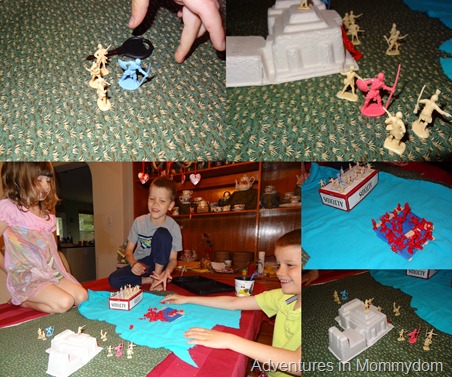 General Jackson assessed the situation and told the governor he was pardoning Jean Laffitte, a notorious pirate in the area and drafting him for the battle.  Next he armed the freed blacks in the city and they joined the army, and finally he drafted all of the Natives who were not with the British into the army, and gained a miraculous victory.

Shortly afterwards the British general sent him a letter congratulating him on the war they had already won.  Jackson opted to continue to “monitor” the general until they remembered they were not in their own waters.

Well, I have now covered Battle of New Orleans and another post about it (tangentially) all the times I’m planning on covering it.  I wasn’t going to go into such detail again with the kids, but they really like acting out battles.

Our next war to cover in a week or so: The Mexican American War, can you guess who fought in it and when?  True trivia here……..  And the Battle of the Alamo!

I’m gonna link up to these fun parties: