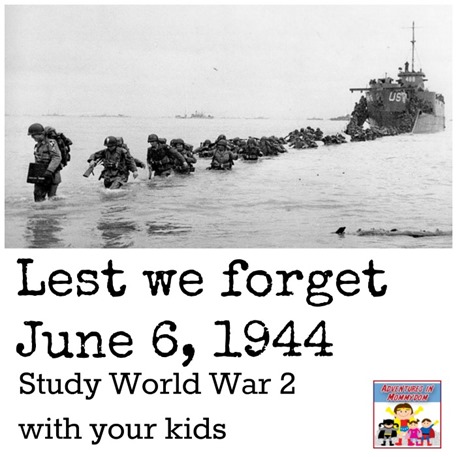 World War 2 is a hard topic to cover in elementary school because the reasons for it are so hard for adults to understand.  How could so many be willing to do this to their friends and neighbors, why didn’t anyone speak up?

The Start of World War 2

Holocaust picture books helps make a truly scary matter a little less frighetning, but still a serious matter.  We read these books cuddled up in a tent, and I previewed all of them first.  I strongly recommend reading these books before you let your child see them.

The start of World War 2 is a complex matter, who was invaded and when, and how often, it becomes easier to understand when you break it down on a map with lots of markers.

Officially the United States entered World War 2 with the attack on Pearl Harbor, then Germany declared war on us as well and that caused us to enter the European theater.

Another great post on the start of World War 2 from Blitzkrieg to Pearl Harbor. 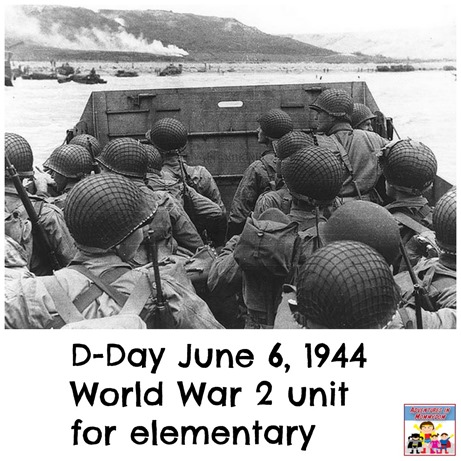 While you’re learning about the war, take some time to learn about training the recruits for World War 2.  Then go learn about Admiral Nimitz, who led the Navy for WW1 AND WW2!

There are a wide variety of World War 2 movies, both the home front, before, during and after the war.  You can find movies for every age range in your family to watch together.

World War 2 wasn’t just in Europe and Japan, it was also in Africa, and this is a great post covering World War 2 in Africa.

Victory in Europe covers the United State’s actions at the end of World War 2 in Europe.  As we studied World War 2 last year we discovered D-Day was just one important step in a major offensive months in the planning, and it could never have happened without several key battles earlier in the year.

** Photos used with permission from these locations: D-Day: the Normandy Invasion, Reflection on D-Day, and D-Day image.   Images were added to a collage, and may have been slightly cropped.